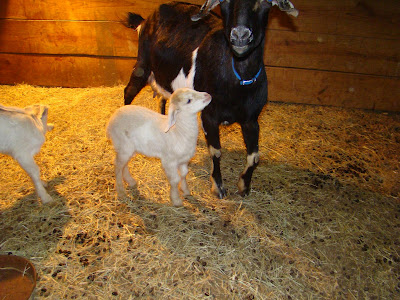 Several have asked about the baby goats. They are all doing great – all seven. They are enjoying playing together outside in the sun.

It has been very cold here for Alabama! We have had single digits and teens at night for longer than I ever remember before. We have actually had two of the babies sleep in a pet taxi in the house at night. Their moma doesn’t snuggle with them like the other moma’s do. So, despite heat lamps we still brought them in. That moma also didn’t have much milk but now she has just enough to feed her babies. They have to work a little harder than the others do, but they are growing well. She has no extra for milking purposes though. 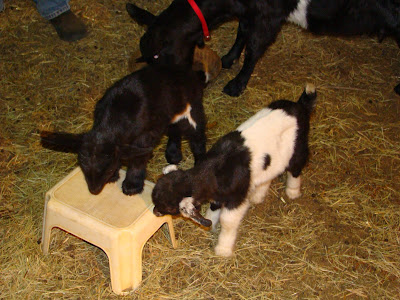 We have been milking sporadically, just when it fits in our schedule. That isn’t the best method to increase milk production but it works for us. The next two weeks will involve a lot of out of town travel so we don’t let the moma’s get dependant on regular daily milking.

One moma goat has so much fat in her milk she might as well be a Jersey cow! It separates quickly into a large amount of white butter at the top of the jar. For those that don’t know, butter is actually white not yellow like we get in the store. 🙂 Butter was originally colored yellow in order to be able to tell it apart from lard.

We have made vinegar cheese. Very easy to make and tastes like a cross between mozzarella and ricotta.

We have also made lots of yogurt. Everyone loves the homemade yogurt. Very creamy and not sour like cheap yogurt. Tastes like La Crème yogurt. I made a mistake and bought Wal-Mart brand yogurt for the starter culture. It has very little real active cultures. Therefore, the yogurt takes twice as long to make. Always use a good brand of yogurt for the active bacteria.

We haven’t made ice cream yet. It has been too cold! Although, we could have just set the ice cream maker outside and forgotten about packing it in ice.

But of course since this is Alabama, now the temperature is 70 degrees.