Edward Payson preached this sermon on a National Day of Fasting and Prayer around 1820. 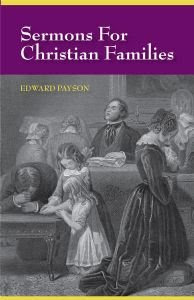