This is a very common reason women choose to work.

They are convicted that the Lord would not have His children educated by the government (Caesar) so they work to afford private Christian schooling for their children. From the outward appearance, this might not seem like such a big deal, especially if the mom is free when the children are out of school.

There are several considerations that must be given to this decision.

1) First all Christian schools are not the same. There are some that are no different from any other private school. Often a Christian School may even use the typical curriculum and just add in a Bible Class. The really good Christian schools tend to very expensive and/or small and hard to get into. Often they are both! One of the best Christian schools in Birmingham had such a long waiting list that once your baby was born you needed to call about being put on the list. See good schools limit the teacher / student ratio so as to insure a better quality education.

There are other Christian schools that really work like a group homeschool. The students use a homeschool like curriculum and teachers are just available to help if needed but not actually teaching. That is a lot of money to pay for something you can do better yourself.

2) One matter that using a Christian school does not solve is peer pressure and the influence of peers. See just because the school itself might be very high quality that does not mean that the home life of the children is any different. As we found, even children from church, regular church member’s children can share much more information than we would desire with our children. I remember a 5 year old several years ago that was about to explain ‘French kissing’ to some classmates at church. I nipped that in the bud real quick, and shortly thereafter eliminated much of our children’s group activities unless a parent could be right with them.

Christian school teens aren’t necessarily any different than the teens in an average  Christian youth group at church. If you don’t realize the issues with many Christian youth groups just volunteer to help teach and supervise the kids for a year. I think then you will be made aware of the problems with grouping large numbers of youth together.

“… I found that most (not all of course) of the students in the Christian schools I attended did not have a genuine relationship with Jesus Christ. Many had simply learned the art of looking churchy and saying the right things in front of the teachers.

The school I attended in sixth grade only went to eighth grade. Even at that age the students were involved in drug and alcohol use, pornography, satanic heavy metal music, lying, watching R-rated movies, and sexual activity.

Their parents, of course, would have defended them to the death, insisting that they were “good” kids. I don’t mean to imply that this behavior never happens in a homeschool family, but I do believe that homeschooling parents are more likely to know what their children are doing and could at the least keep their children from directly having these kinds of hoodlums as companions and role models….” Continue 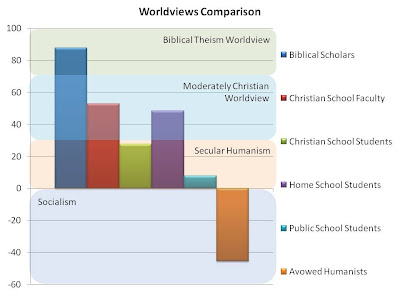 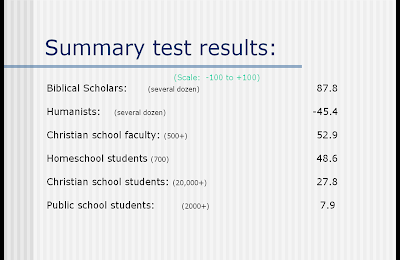 Data from the Nehemiah Institute .